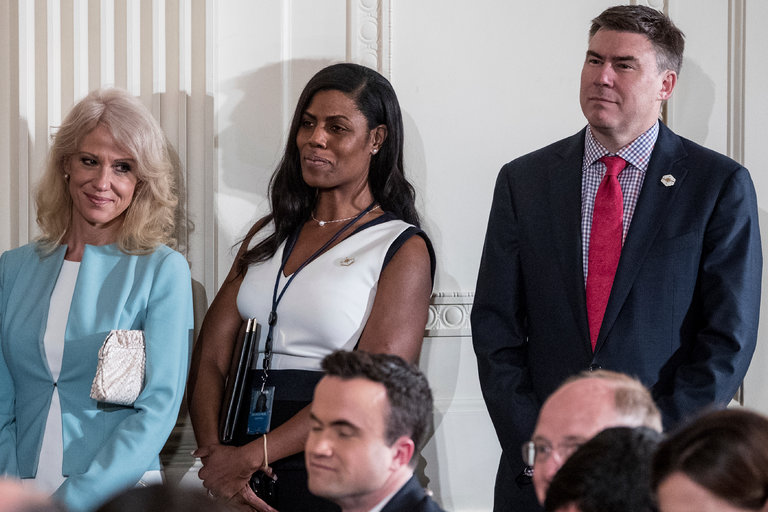 Back from overseas and confronting an unforgiving political environment, President Trump appears increasingly isolated inside the White House, according to advisers, venting frustration over the performance of his staff and openly talking about shaking it up. But as he considers casting off old aides, Mr. Trump is finding it challenging to recruit new ones.

The disclosures from investigations stemming from Russian meddling in last year’s election — coupled with the president’s habit of undercutting his staff — have driven away candidates for West Wing jobs that normally would be among the most coveted in American politics, according to people involved in the search.

By the time the first change in what may be a broader shake-up was announced Tuesday, the White House was left without a replacement. Michael Dubke, the White House communications director, said he would step down, but four possible successors contacted by the White House declined to be considered, according to an associate of Mr. Trump who like others asked not to be identified discussing internal matters.

At the same time, talks with two former advisers, Corey Lewandowski and David N. Bossie, about joining the White House staff grew more complicated. Mr. Bossie, a former deputy campaign manager, signaled that he does not plan to join the staff, citing family concerns, one person close to the discussions said Tuesday. It was not clear what that might mean for Mr. Lewandowski, who was the campaign manager until being fired last summer but who has remained close to Mr. Trump.

Amid this fluid situation, Mr. Trump faces several consequential decisions this week. He interviewed two more candidates on Tuesday to replace James B. Comey, whom he fired as F.B.I. director this month. The latest candidates were John S. Pistole, a former deputy F.B.I. director who was administrator of the Transportation Security Administration under President Barack Obama, and Christopher A. Wray, who was assistant attorney general overseeing the criminal division under President George W. Bush.

Mr. Trump also must decide by Thursday whether to move the American Embassy in Israel to Jerusalem, as he promised during the campaign, or sign a new six-month waiver delaying such a move while he tries to negotiate Middle East peace. And he has vowed to announce this week whether he will pull the United States out of the Paris climate change agreement negotiated by Mr. Obama.

Whether Mr. Trump will actually reorganize his White House team remained uncertain. He has often talked about expelling people from his orbit, only to decide not to, as he did with Stephen K. Bannon, his chief strategist, a few weeks ago. Seemingly reinvigorated, Mr. Bannon is now among those leading the effort to convince the president that he needs to overhaul his operation to focus more intensely on the nationalist policy goals that animated his candidacy.

On Tuesday, Sean Spicer, the White House press secretary, held his first White House briefing since the president returned from a nine-day international trip amid talk that Mr. Spicer’s own role may change. But Mr. Spicer denied that the president was dissatisfied with his staff.

“I think he’s very pleased with the work of his staff,” Mr. Spicer said. “I think that he is frustrated, like I am and like so many others, to see stories come out that are patently false, to see narratives that are wrong, to see quote-unquote fake news. When you see stories get perpetrated that are absolutely false, that are not based in fact, that is troubling.”

He added that the president was upset at the use of “unnamed sources over and over again.” But just hours earlier, Mr. Trump posted a link on Twitter to a report on the “Fox & Friends” website based on an unnamed source seemingly intended to defend Jared Kushner, his son-in-law and senior adviser.

Mr. Trump was rebutting reports that Mr. Kushner had talked about setting up a secret communications channel to Moscow during the transition after the election. The Fox article highlighted by Mr. Trump reported that the Russians, not Mr. Kushner, suggested the channel and that it was meant as a one-time vehicle to talk about the war in Syria.

Mr. Trump’s Twitter message appeared shortly after his counselor, Kellyanne Conway, went on the same program to call talk of collusion with Russia “a rush to judgment” and to repeat the president’s support for his son-in-law.

But privately, aides described a White House where no one’s position, not even Mr. Kushner’s, feels entirely secure. The president, aides said, has not ruled out the possibility that his son-in-law and daughter Ivanka Trump, who both hold White House positions, would return to New York this year, though White House officials said there were no plans for them to do so.

Mr. Trump has been more open in discussing the possible departure of Reince Priebus, the White House chief of staff. The president has joked repeatedly with Mr. Priebus, whose mother is of Greek descent, that he would send him to Athens as ambassador to Greece. Speculation grew last week when a list of ambassadors was compiled at Mr. Priebus’s request, and the Athens position was left blank, officials said.

Even if he ousted Mr. Priebus, who has told friends that his goal is to remain in his job for at least a year, finding a replacement might be no easier than it has been for other positions. Mr. Trump has asked associates about Gary D. Cohn, his national economics adviser, and David Urban, who was an aide to Senator Arlen Specter. Mr. Urban refused to comment on Tuesday on CNN, where he is a paid analyst.

Mr. Trump has solicited advice lately from corporate leaders, including Rupert Murdoch, and there have been renewed conversations about bringing in Laura Ingraham, the conservative radio host, as a communications adviser, according to people briefed on the discussions.

Mr. Dubke, a mild-mannered veteran of national politics, was among the aides who struggled to impose discipline on an undisciplined president. Mr. Dubke, who advised Rick Perry when he was governor of Texas, bought advertising for Rudolph W. Giuliani’s 2008 presidential campaign and served as consultant for Senator Dan Sullivan when he ousted an incumbent in Alaska in 2014.

He founded Crossroads Media, a media buying firm, and helped found the Black Rock Group, a public relations firm, but he had never served in a press capacity before and was the victim of an unconventional structure in which he essentially reported to Mr. Spicer.

With other candidates begging off, one possible replacement might be Kevin Kellems, a former aide to Dick Cheney, Newt Gingrich and Senator Dan Coats who worked for the Trump campaign last year for two weeks before departing.

In a message to friends on Tuesday, Mr. Dubke said, “The reasons for my departure are personal, but it has been my great honor to serve President Trump and this administration.”

In a brief interview, Mr. Dubke declined to elaborate. “This is as friendly a departure as one could have,” he said.

Mr. Priebus issued a statement thanking Mr. Dubke for his service. “Mike will assist with the transition and be a strong advocate for the president and the president’s policies moving forward,” Mr. Priebus said.

'Saved By The Bell' Star Diagnosed With Cancer